Tara Button is a former advertising executive and founder of ‘Buy Me Once‘, a site that gathers information about all the best quality and most durable products in one place. Tara hopes that ‘Buy Me Once’ will become a kite mark of longevity. The founder spoke at the World’s Biggest Repair Cafe and also hosted a stall that shared some of her favourite products including a pen that never runs out of ink, socks that last forever and reusable wrapping paper.

At BuyMeOnce we strongly believe that everyone is entitled to the knowledge and resources to be able to fix their own stuff, which is why we were thrilled to be invited to the World’s Biggest Repair Café in Cambridge over the weekend! As part of the Circular Cambridge Festival, we were asked to spread our word alongside some trailblazing companies such as Patagonia and the Restart Project. The aim of the day? To break the world record for the most amount of items ever fixed at a Repair Café. 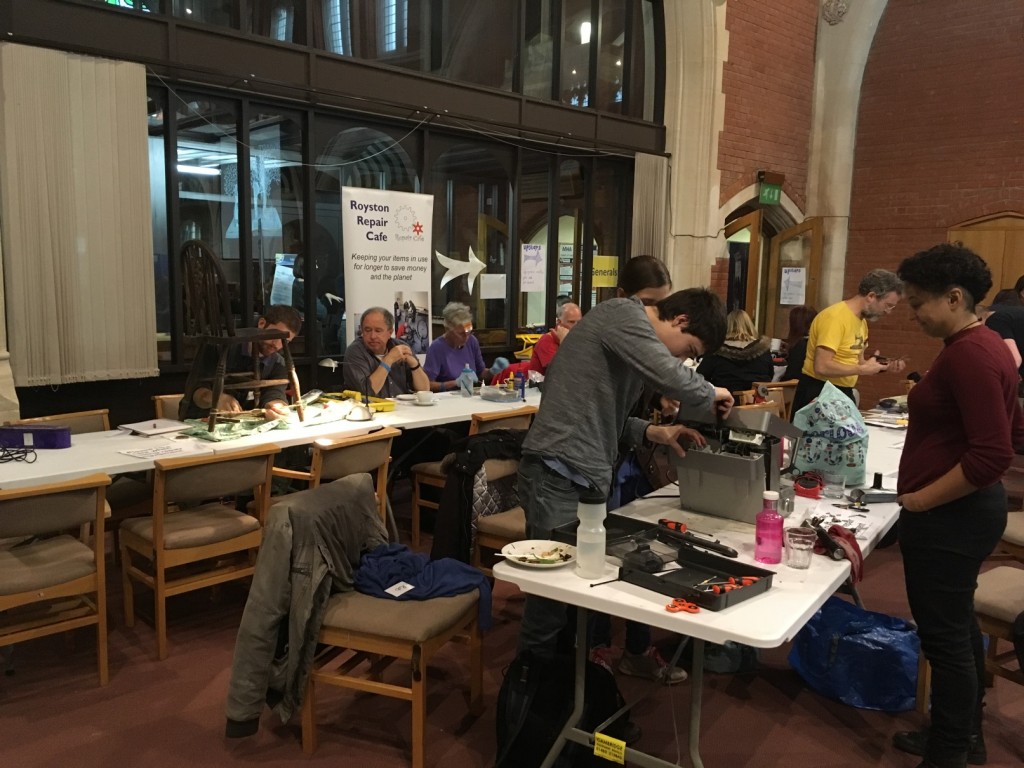 So, what actually is a Repair Café? A little beacon of hope against the dark backdrop of planned obsolescence and declining quality, Repair Cafés have started popping up all over the place. At its heart are the fixers, from mechanics and electricians to sewers and darners. All volunteers. They love to fix things and have the know-how for the challenge. Anyone can bring along their broken stuff and get it fixed for free, and it wouldn’t be a café without ample tea and cake. That’s just how we do things in England. The volunteer menders are more than happy to show people what they’re doing and how they’re doing it – the aim is to prove that it’s often simple to repair things yourself, with a little knowledge.

The BuyMeOnce team set up shop. Around us swelled a sea of fixers, tinkering away on everything from broken clothes to chairs, toasters, phones and record players. As the drills whirred and sewing machines skittered, we chatted to visitors about the longest lasting products in the world, and our mission to change the way people shop forever. We brought with us some familiar faces (can you spot the Le Creuset?) and some newer finds, such as the nifty Beeswax Food Wraps and Wrag Wrap re-usable wrapping paper. 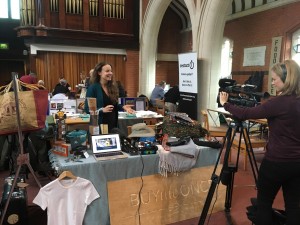 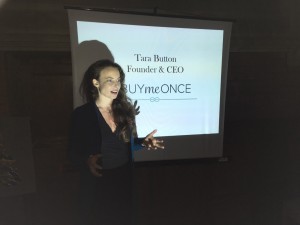 Tara spoke to ITV, and then to a room full of people about the origins of BuyMeOnce. A lively discussion followed. All the team got things repaired, including an iPad button, a charger and a jumper – expertly patched up by the Patagonia repair team. With an hour left to go, the record was broken with over 150 items repaired!

We’d like to thank Circular Cambridge for giving us the space to show off our mission and for putting on such a fantastic event, encouraging people to nurture their things back to life instead of throwing them away. And of course, if you’re one of those people with a drawer you haven’t dared look into for over a year because you know it’s a pandora’s box of half-broken electronics – open that baby up and get down to your local Repair Café! 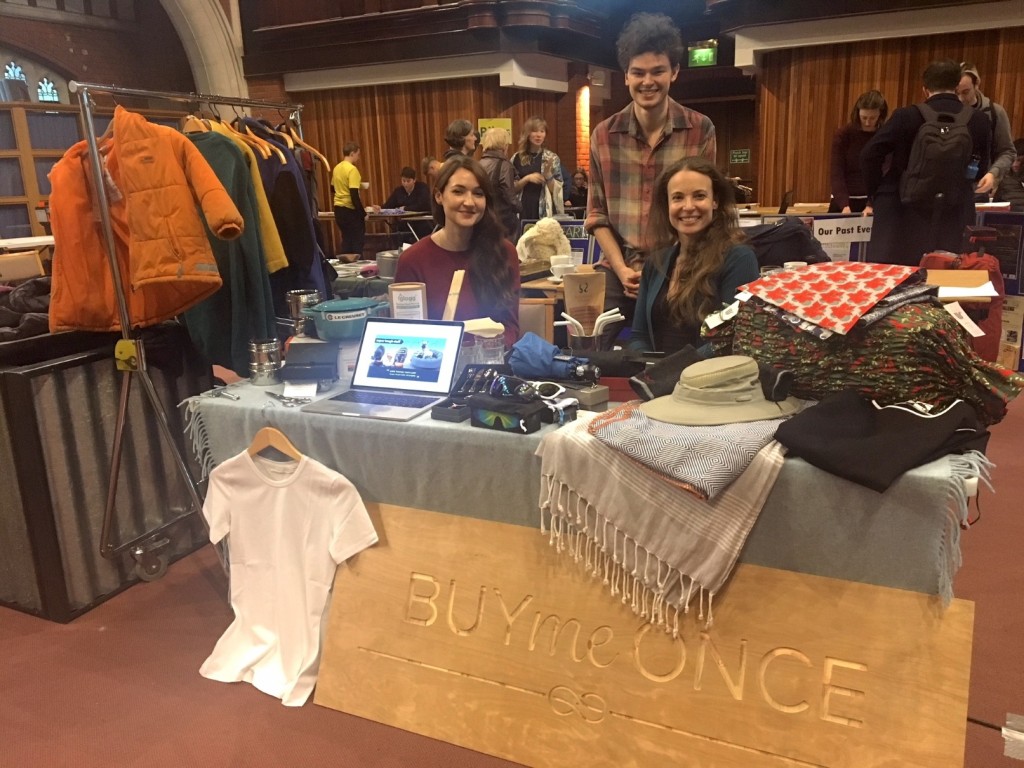